my anime recommendations, by genre.
the episode count is the total # of episodes in the entire series, all seasons combined (at least up to current day). my anilist 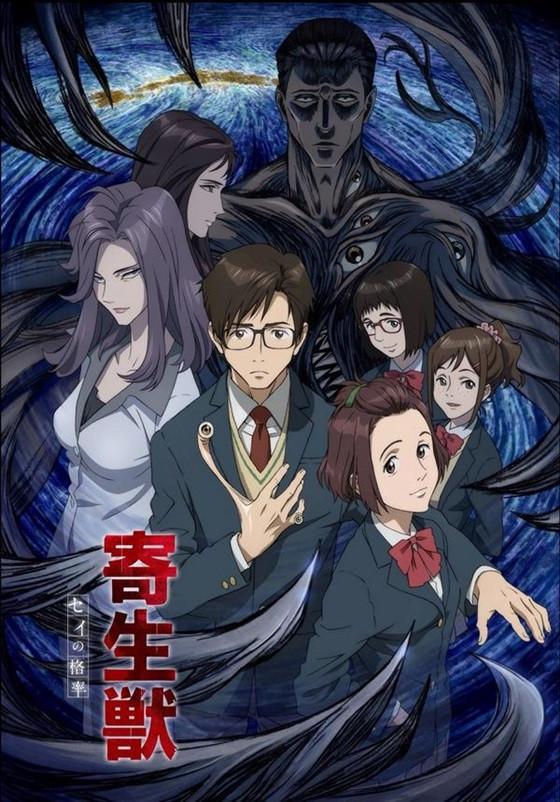 Title: Parasyte
Creator: Iwaaki Hitoshi
Episode Count: 24
Parasyte is a seinen following Shinichi Izumi's experience with invasive parasitic aliens taking over humans' bodies. Shinichi's character arc and changes throughout the story are the best parts about this show. LOTS of action, drama, and blood. This is a great anime 2 watch if you like serious dramas that are well-concluded. 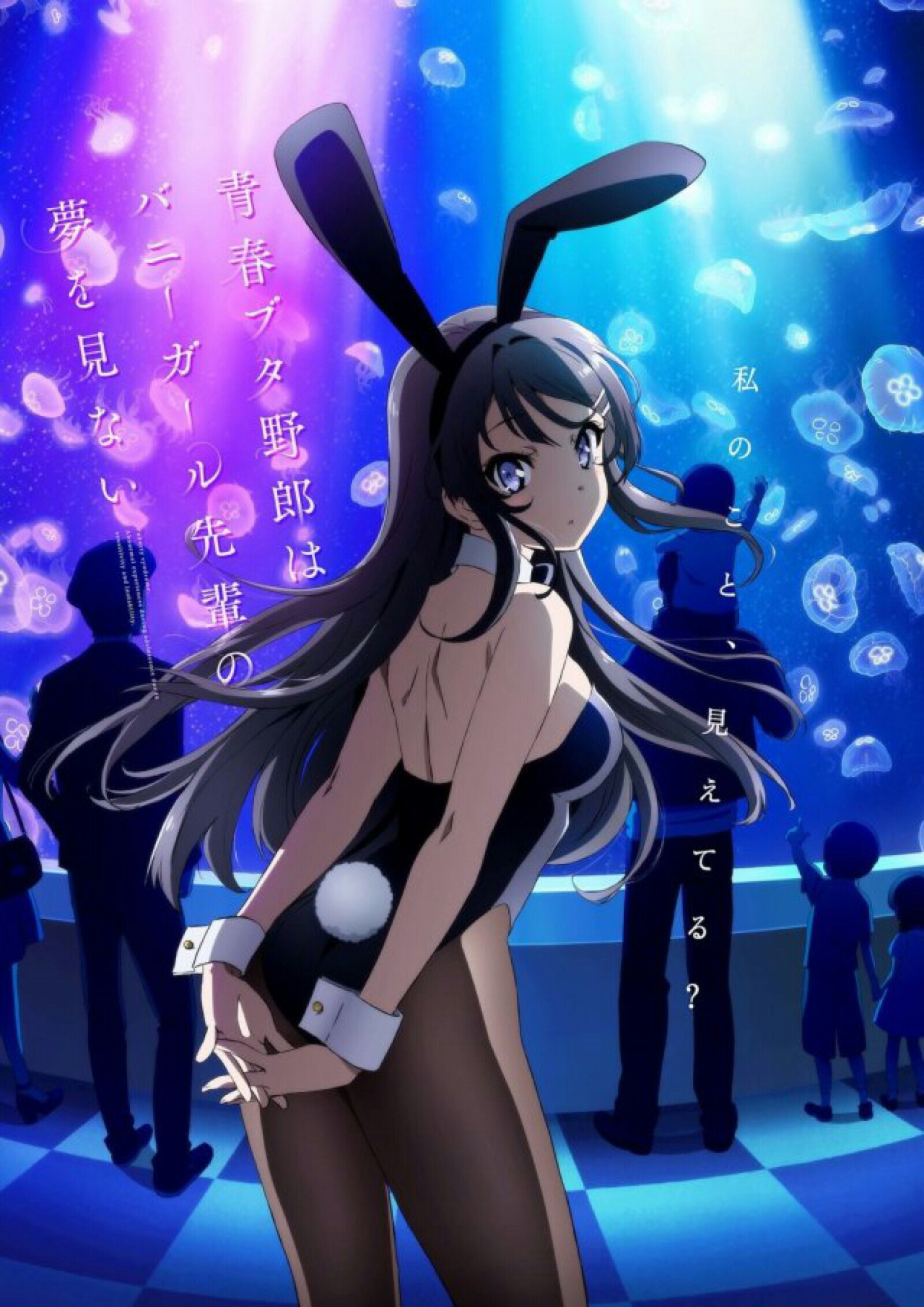 Title: Rascal Does Not Dream of Bunny Girl Senpai
Creator: Kamoshida Hajime
Episode Count: 13
Bunny Girl Senpai is the story of Sakuta and his plight for love, friendship, and healings of the past. reminiscent of the monogatari series, Sakuta makes an attempt to help the various girls in his life with their supernatual afflictions and problems. through this we get to see many moving character arcs, none better than the one of sakuta himself. If you feel like crying, you should watch this. also the opening song is awesome. 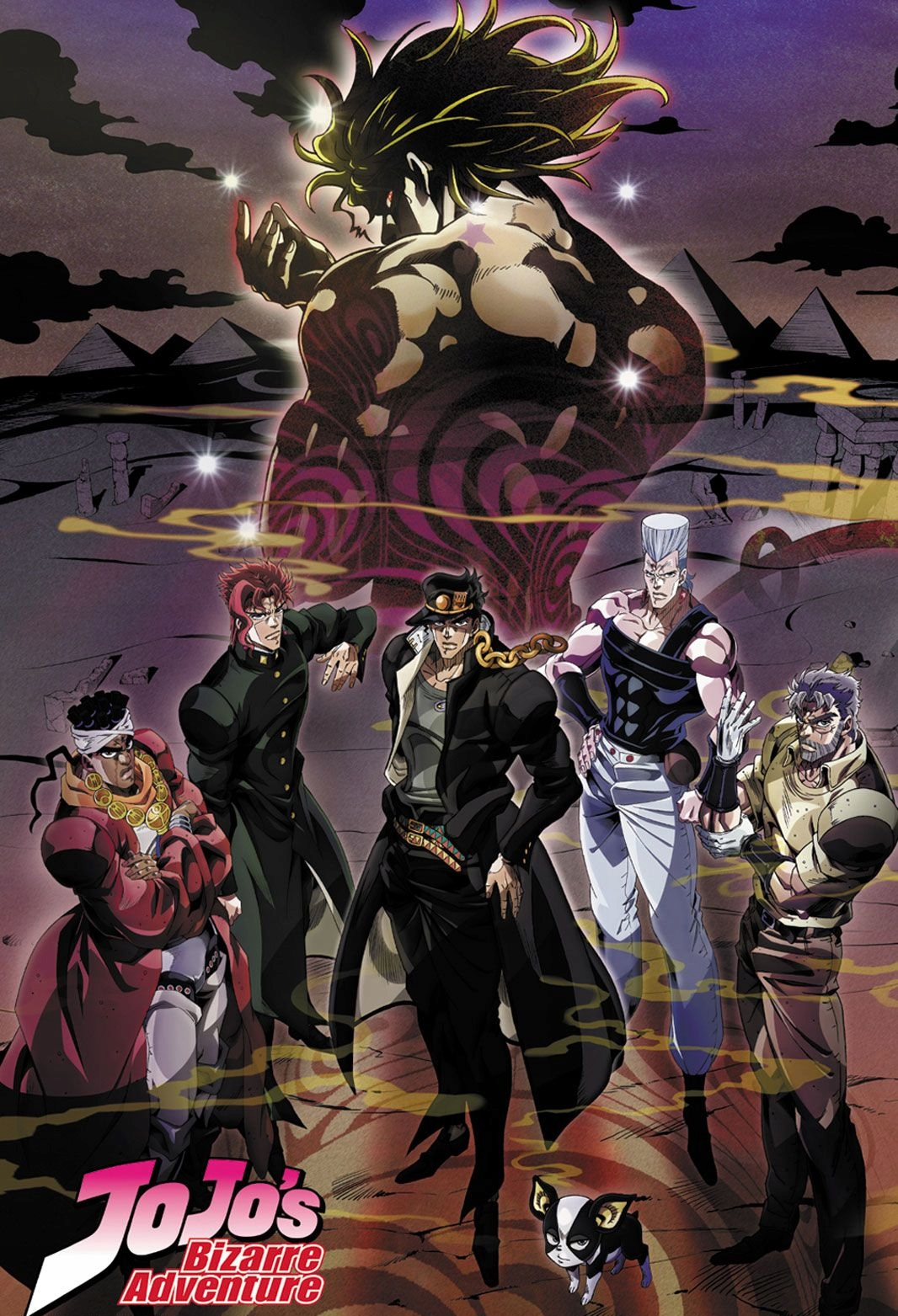 Title: Jojo's Bizarre Adventure
Creator: Araki Hirohiko
Episode Count: 152
If you like anime you probably have already heard of jojo and do not need me to tell you about it but im going to anyway. Jojos bizarre adventure follows the bloodline of the Joestars from generation to generation. it currently has 8 parts, each following a different jojo. Each arc has its own unique storyline. Both the manga and the anime are great. Over the top action, comedy, drama, tragedy, etc etc. it is a historical epic masterpiece unlike anything else. 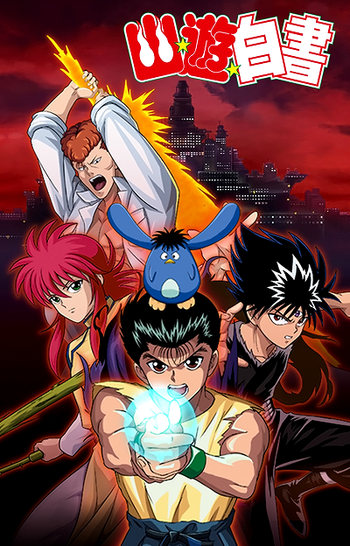 Title: Yu Yu Hakusho
Creator: Togashi Yoshihiro
Episode Count: 112
YYH was one of the first great long running shounens. It features the delinquent Yusuke who gains powers after his own untimely death and resurrection and the various adventures and fights he gets into along with his friends. I think it is best known for perfecting the shounen art of the tournament arc. It is a great and fun story with a lot of action and early 90s aesthetic. 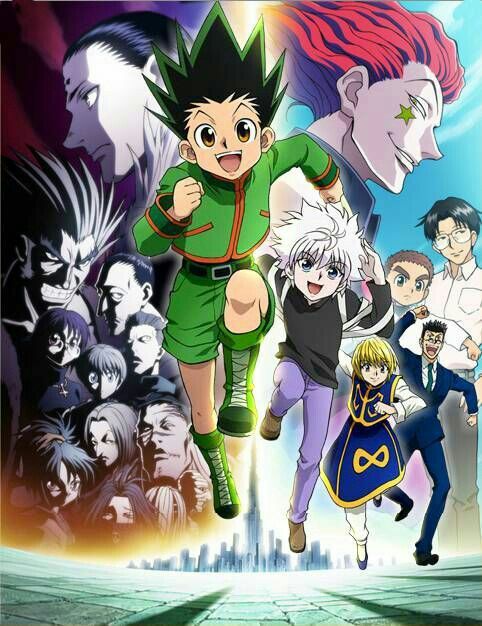 Title: Hunter x Hunter (2011)
Creator: Togashi Yoshihiro
Episode Count: 148
Another masterwork from Togashi, HxH is the story of Gon, Killua, and other random people and their various adventures in a chaotic fun world. the best part about HxH is the wildly ever-changing tone of the story, some arcs will be goofy light-hearted fun, and the next will be deathly intense drama and tragedy. it has amazing and unique characters and is an all around epic anime. 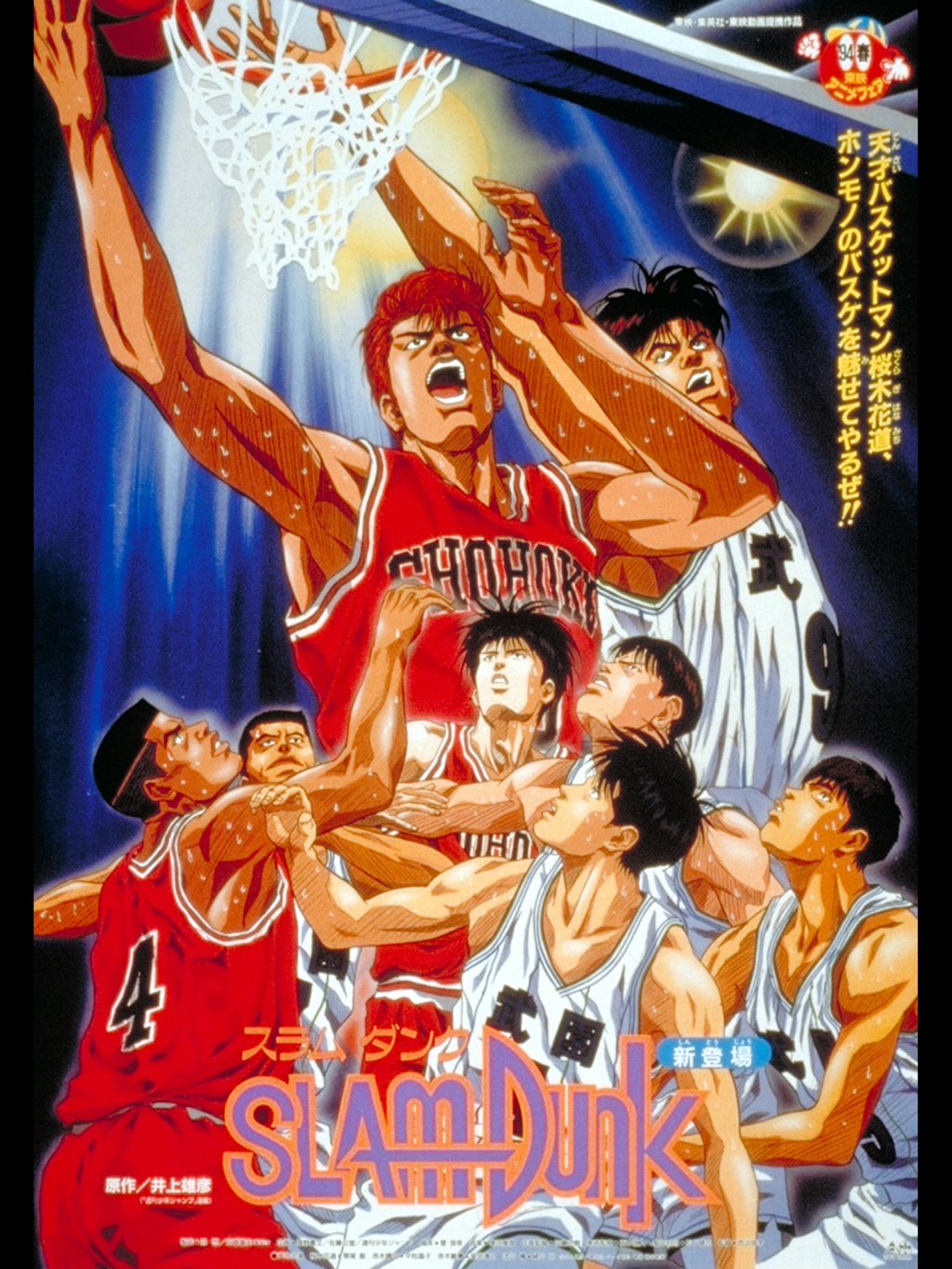 Title: Slam Dunk
Creator: Inoue Takehiko
Episode Count: 101
Slam Dunk is the story of the delinquent basketball genius and #1 rookie, Sakuragi Hanamichi!!!! not only is it a great sports anime with awesome gameplay but also has great character arcs + character development, male bonding, 90s aesthetic, etc etc. it is by far the greatest sports anime ever made, coming from someone who has watched a lot of sports anime. it has both comedy and drama, and of course lots of basketball. 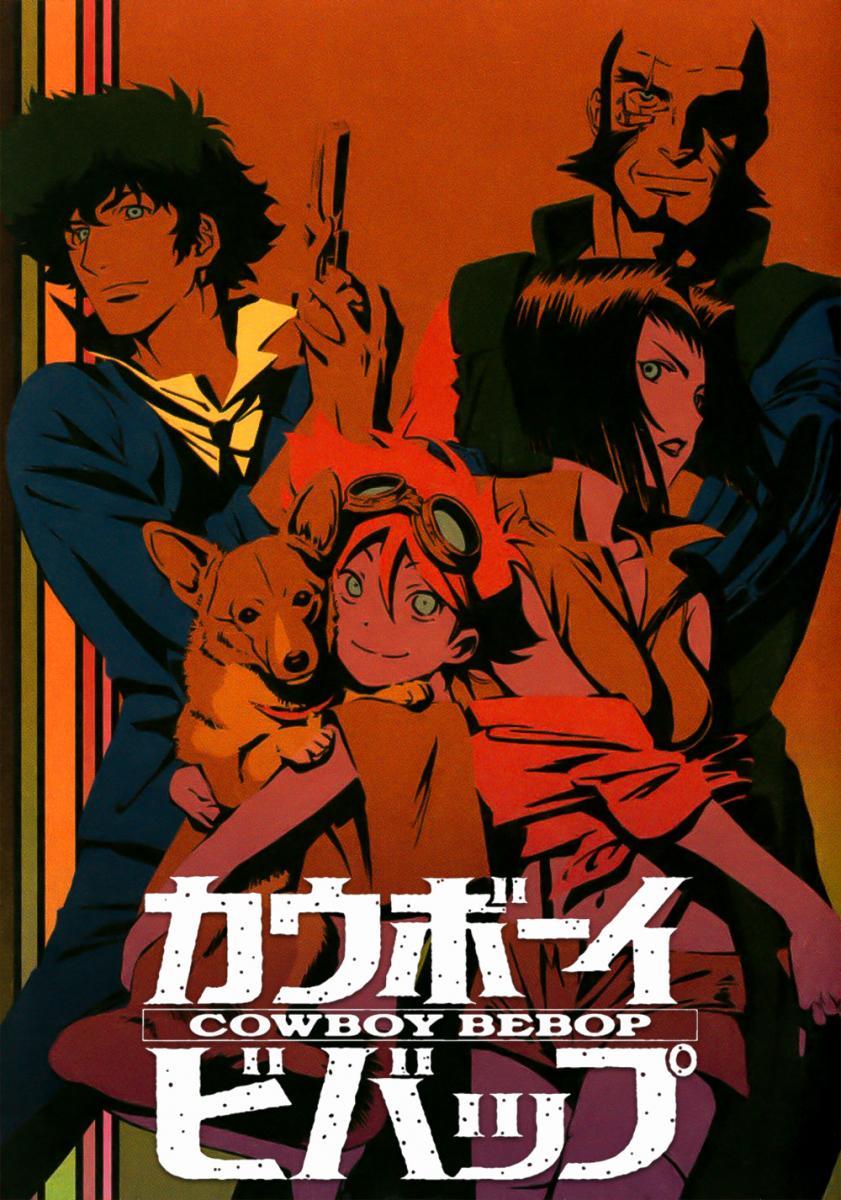 Title: Cowboy Bebop
Creator: Watanabe Shinichiro
Episode Count: 26
Cowboy bebop is a classic with excellent story telling, characters, animation, music, etc etc. the story is mostly told episodically with an overarching story building up in the background. comedy, drama, tragedy, space cowboys, old romances, and jazzy music, this anime has EVERYTHING. i highly recommend it to anyone that hasnt already seen it. BANG! 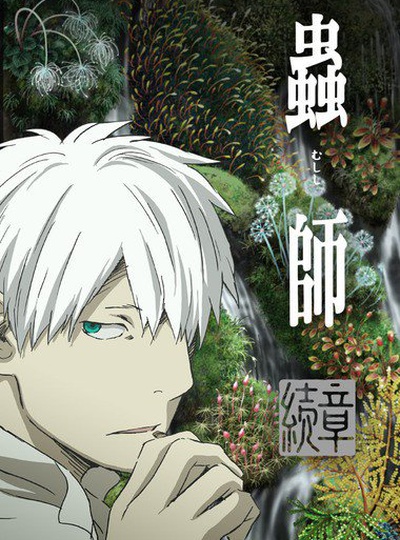 Title: Mushishi
Creator: Urushibara Yuki
Episode Count: 49
Mushishi is a very relaxing and underrated show that lets you get lost in its world. It follows the story of Ginko, who travels around edo period japan helping different people with their various Mushi problems, which are strange supernatural beings somewhere between plants and animals. Its a very nice and comforting anime, watching it kind of reads as a bed time story. 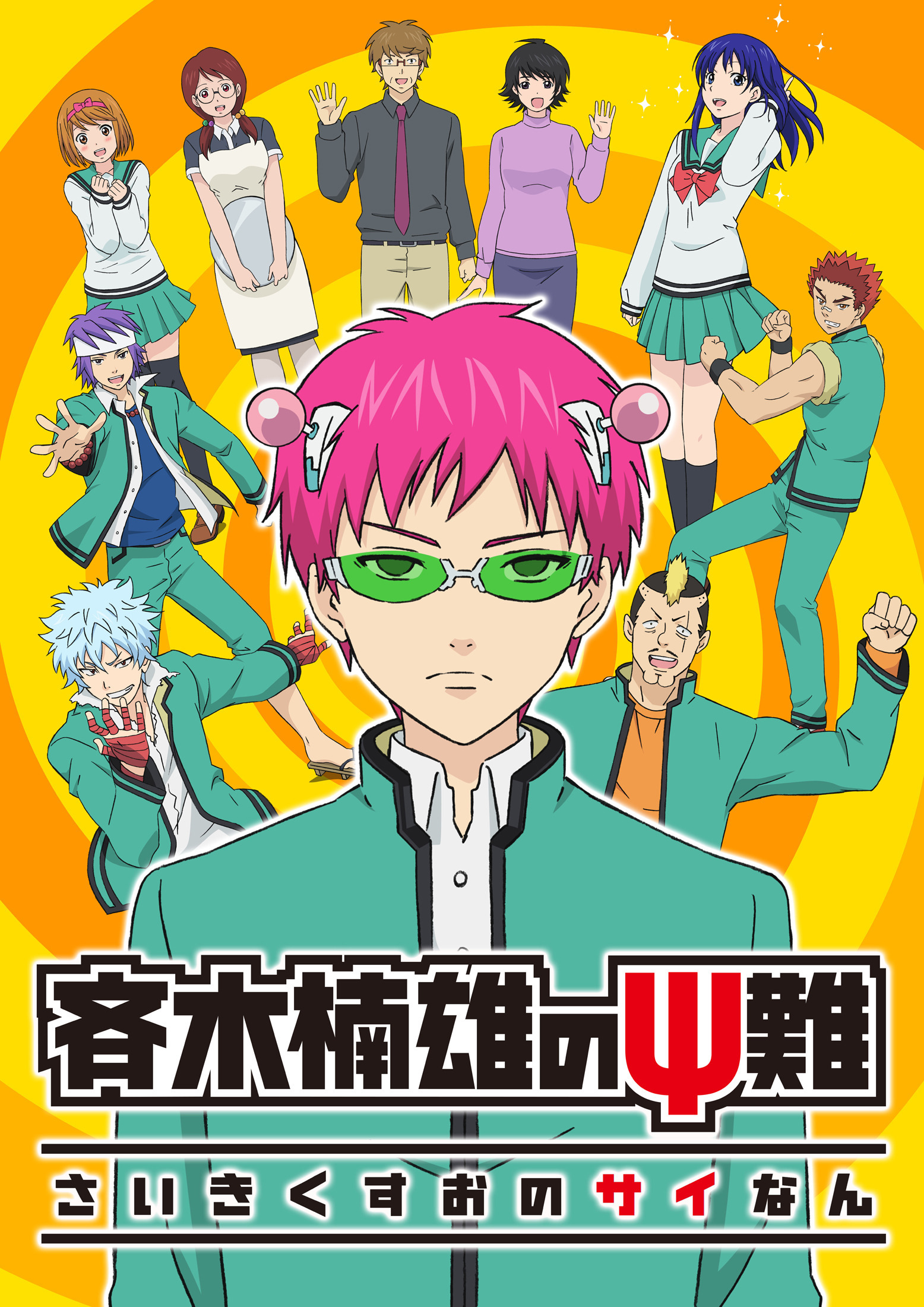 Title: The Disastrous Life of Saiki K.
Creator: Asou Shuuichi
Episode Count: 50
Saiki K is a comedy about Saiki Kusuo, who has godlike psychic powers but just wants to life a normal life. i usually dont find comedy anime that funny but this anime is extremely hilarious. Its episodes are in the form of multiple 5~10 minute shorts. Saiki's stoic personality combined with the various rambunctious/over the top/eccentric people in his life makes for a lot of great dynamics. this is a great show to watch if you have a short attention span and like to keep it light-hearted. 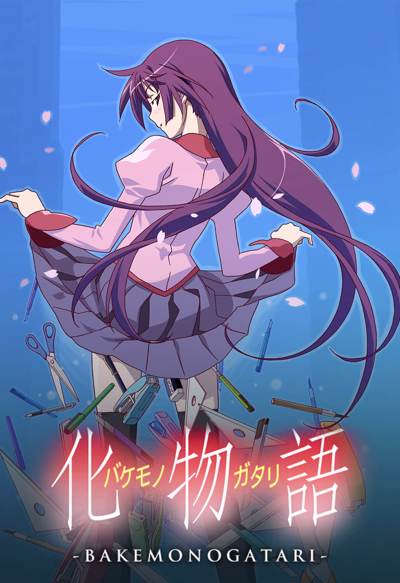 Title: Monogatari Series
Creator: Nisio Isin
Episode Count: 99
WTF Factor: HIGH
The monogatari series follows the story of Ararararagi Koyomi and the many girls he tries to help ft. their various supernatural problems and afflictions. I guess you could say it is a coming of age story, or a harem anime, or a existential supernatural drama saga, etc etc. It is told in a non-linear way, and gives a very eerie and mystic feeling. It is one of the weirdest and most unique animes i have watched. some arcs are better than others and it's definitely not a show for everyone, nontheless i would recommend it if you like contemplating your own existence and interpersonal relationships and whatnot.