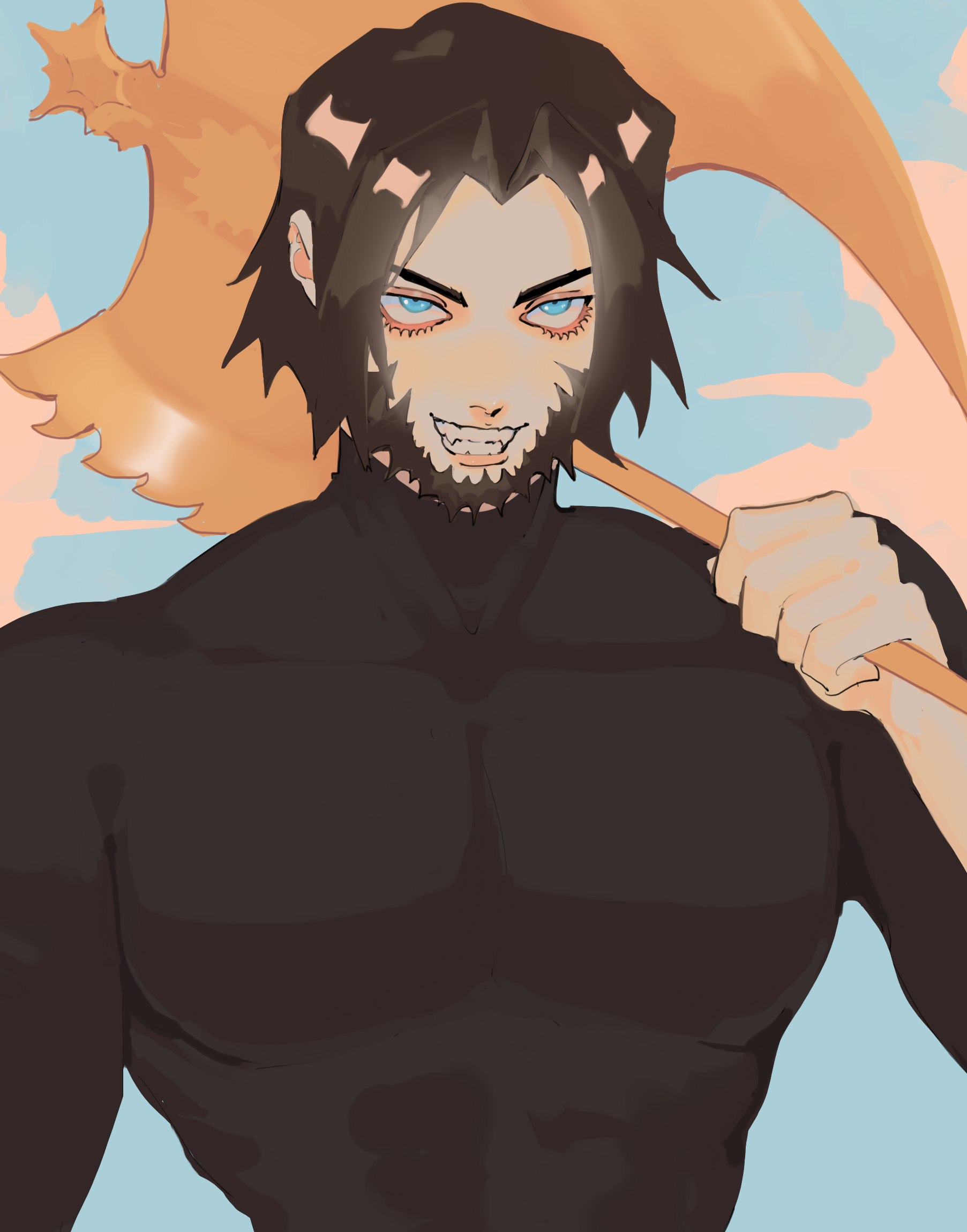 Warning: This article contains mentions of child abuse and other adult themes. Please read at your own discretion.

Fawkes is tall and muscular with scars all over his body from various battles fought. He has bright icy eyes and an unkempt beard. He wears a large belt buckle with an arrow pointing downwards. He has a loud booming deep voice. He loves to fight. He is well known throughout the lands, mostly infamous for the mercenary group he lead. He is thought to be completely crazy and merciless, and for the most part he lives up to his reputation. He also has a gentle side, he is almost always in a position of taking care of the people around him, and he is very protective and caring for those close to him. He has a good sense of humor. He is talented at and enjoys playing piano, especially when he is drunk.

Ages 10 - 14
Fawkes is from a mid-sized town that was primarily run by the church. His family was on the lower end of income but they were able to get by. He lived very normally for the first few years of his childhood. When he was 10 years old, his younger brother Soloman was born, and Fawkes was very happy to be an older brother. Unfortunetly, soon after Soloman was born, their father was killed in a work related accident. Their mother attempted to pick up the pieces and find a way to provide, however she was a weak-willed person and turned to drugs to escape the pain of losing her young husband and having 2 children to take care of. She soon became uncaring towards her sons, and devoted all her time to acquiring and doing drugs. This left Fawkes to take care of Soloman full-time, and also find a way to provide for the 3 of them. He attempted various methods of earning money, however none were enough for a 10 year old to feed 3 mouths. He recalled a rumor about the disturbing church leaders in his town, allegations of child abuse. Knowing these leaders were obsessed with young boys and didn't want any more allegations being spread, Fawkes decided to turn to prostituion. The church leaders were happy to oblige.
Through this new acquistion, Fawkes was able to provide for both his brother and his mother. It wasn't for free, his prostituing slowly ate away at him. Often times during the act, he could look up at the moon and see her staring back at him. He felt very ashamed that she saw him in such a state, but then thought she has probably seen much worse than this. From then on, he was thankful that the moon was there with him, she didn't look away in disgust. She was there for him to focus on something else. He loves the moon very much.
There was a young nun, Grecia, at the church who often wondered about Fawkes and asked how his family was doing, if he was hungry, if he needed help. He would always refuse her offers because he was too prideful to take any handouts or to admit his struggles. He did enjoy her company, and she even taught him to play piano. He would occasionally ask for her help in watching after Soloman, specifically when he needed to work. Grecia was the only adult Fawkes respected and trusted. She began to think something was up, and that things weren't right. One night after working in the church, she walked in on Fawkes and the head priest. She was aghast and could not believe what she saw. Fawkes felt very ashamed, although of course Grecia was thinking how horrific the priest was, and she began to yell and threaten the man. In a split second, the priest struck her in the head with a large metal cross hanging nearby, and she was killed. The priest threatened Fawkes that if he ever spoke of what happened to her, he would reveal to the town Fawkes' prostitution, and blame him for Grecia's death, as everyone would believe the head priest over a child. Fawkes was devastated, but did not say a word.
It was not long after this event Fawkes became unable to stand this way of living. There were several mercenary groups that passed through their town looking for commission on a regular basis. Fawkes decided to try and work to join one.

Ages 14 - 26
Fawkes joined a small mercenary group, and was mainly doing grunt work. It was also around this time that his mother overdosed and died. He did not mourn her much. He also decided to use what little money he had saved to travel to his father's sister, who lived several towns away, and ask her to take care of Soloman, and he would continue to send money. She was a very kind woman and told him that she could take in both of them and find a way to provide on her own, but Fawkes was too prideful to accept that.
He began training with the other members of the group, and quickly became one of the groups' top fighters despite his age. He travelled with them for a couple years, continuing to send money home to Soloman. The leader of the group passed away from old age and illness, and Fawkes stepped in as their leader at age 16. One of Fawkes first decrees was to travel back to his hometown to decapitate the priest who had killed Grecia. Under Fawkes' leadership, the group quickly became infamous for their ruthless nature, and also highly sought after by employers. He gave the group the official name "Lionhardt". They grew up to over 10,000 members, all extremely well-trained using Fawkes' own techniques and methods.
Their usual employers tended to be opposers of the current government, and Fawkes and his company became wanted men with bounties. As his bounty and winnings continued to increase, so did his infamy. He became known as "The Devil of Lionhardt". After 10 years of leading Lionhardt, Fawkes was caught by the government. He had been betrayed by a member of his own group. He was thrown in the High King's prison, along with all of his men.

Ages 26 - Present
Fawkes was offered a deal. His men would be released, with the understanding that Lionhardt is to be disbanded, if Fawkes agreed to work for the government on whatever assignments they may give him. His skills as a warrior were sought after even by the country's leaders. He agreed.
The government sends him on various missions to disband threatening bandits, investigate rumored creatures and demons, assassinate other country's rulers, etc. He thinks it is annoying work, but doesn't mind it too much.

Soloman - Fawkes' younger brother. Although Soloman did not see much of Fawkes during his adolescence, he has a great love for Fawkes and vice versa. He is unaware of the sacrifices Fawkes made to take care of him but does have some suspicions. Soloman has that bratty younger sibling personality, and is very clingy to Fawkes. Fawkes paid for Soloman to go to the mage's college, and Soloman went for a year but is currently taking a gap year, and is now following around Fawkes on his various missions. Fawkes is slightly annoyed by his clinginess, but he pretty much lets Soloman do whatever he wants.

Athena - Fawkes' friend and previous subordinate. She is also a giant. Through a chance encounter, she became a member of Lionhardt, loyally following Fawkes. She was in Lionhardt for 5 years, up until it got disbanded. After Fawkes was arrested and sentenced to be a wardog, she insisted on continuing to follow him. Even though it technically broke the rules the government had given, Fawkes was happy that she still wanted to stay together, so he agreed. She also has unrequited feelings for Fawkes, but he is really oblivious to it.

Lilianna - Fawkes met Lilianna randomly a while ago when she was getting harassed by bandits in the forest and he saved her even though it was a pain. He complained that she didn't defend herself, but upon looking into her eyes he knew that they were similar. He started to cry and then parted ways. Much later, during a huge battle involving several of the ancient souls and several different armies, Fawkes was fatally wounded. She happened to be there (she accompanied Cain), and healed him, recalling the time he had saved her and that they were similar.

Cain - Fawkes is one of the first ancient souls that Cain seeks out (Cain is the ancient soul Greed). Fawkes is an ideal ally for him given his chaotic neutral nature. Cain is also highly interested in Fawkes' "Godslayer". When approached, Fawkes' response was "What's in it for me?". Cain is still working on a way to get Fawkes to help him in his master plan.

Fawkes wields a giant, ancient, famous, golden battleaxe known as "Godslayer". He obtained it through brutally defeating the previous owner in his early mercenary days. This is a highly sought after weapon as it has several unique abilities and is also thought to have several undiscovered abilities. Different powers manifest with different wielders, and the axe is stronger depending on the power of the soul wielding it. Since Fawkes has one of the 7 ancient souls and is already very strong, Godslayer manifests as extremely powerful.
Godslayer attacks (all named by Fawkes):

He is very gifted at playing piano, and is a big fan of Chopin.
He doesn't grow hair on his upper lip because a disgruntled ex-girlfriend ripped it out and it never grew back.
He often has nightmares of his youth. 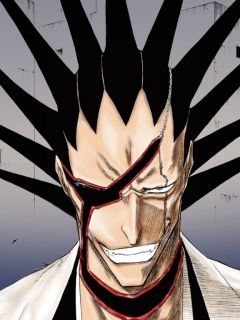 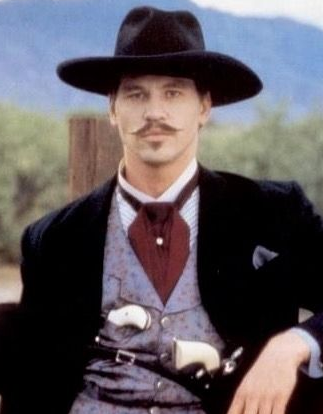 back to top return