I think before I ever really got into Nirvana, I had heard that Kurt hated "Smells Like Teen Spirit", you may have heard that too.

Teen Spirit was Nirvana's single on the Nevermind album, which was Nirvana's second album, released in September 1991. Prior to the release of Nevermind (and Teen Spirit), Nirvana had a slowly growing notoriety among the Seattle punk rock scene, but they were not that widely well known. Kurt even was living in his car around the time that Nevermind came out. Teen Spirit, along with several other songs on the Nevermind album, were inspired by Kurt's short lived relationship with fellow musician Tobi Vail. They dated for 6 months when Kurt was in his early 20s, and she dumped him. During their relationship, in his old apartment, one of Tobi's friends spray painted on his apartment wall "Kurt smells like Teen Spirit". It was a joke poking at him for smelling like Tobi, as Teen Spirit was the brand of deodorant she used.


https://vagabondlaw.tumblr.com/post/643180821913665536
During the filming of the Teen Spirit music video, Kurt got into a few verbal fights with the director, wanting to direct it himself! Because of the hostility that day, it actually helped contribute to showing him angrier which worked well for the video.

Why did Teen Spirit hit so hard with so many people? I think for one, it was something very new and different at the time, and a lot of people were very interested in the new sound of grunge rock, and specifically Kurt's angry and angsty singing.

Pretty quickly after Nevermind was actually released, it became an instant hit. Radio stations were getting uncharted requests to play Teen Spirit. MTV started to play it constantly. Nearly all of their shows were becoming sold out. Teen Spirit peaked at number 6 on the Billboard Hot 100 singles chart the same week that Nevermind reached number 1 on the albums chart. It was also certified platinum, meaning one million copies shipped. It became the so-called "anthem" of Generation X. Teen Spirit became the quintessential 90s grunge song, and to this day is one of the most popular songs of all time.

I'd like to redirect your attention to this video... As explained in the opening sequence, Nirvana intentionally butchered a live performance of Teen Spirit as they were being forced to comply with this show's live procedures, which was a couple steps away from lip syncing. This was filmed amidst the hype of Nevermind recently being released.

If you know much about Kurt you probably already know he was very anti-establishment. He hated things like the American Dream and normalized capitalist society, and hated people who, in short, were macho posers (as described in the song "In Bloom"). Becoming popular on such a global scale lead to an influx of people, including macho posers, casually listening to Nirvana and Teen Spirit, even showing up to their concerts.

Nirvana started to become unprecedentedly famous, not just in the punk rock scene but far reaching beyond just that. Nirvana and Kurt himself were becoming talked about in the mainstream media, disparaging him for his anti-establishment persona and rumored drug use. This negative portrait painted of him by mainstream media continued all throughout his life.

Nirvana performing SLTS on Saturday Night Live in January of 1992. This was right when they were becoming mega-stars.

Kurt told Rolling Stone he was almost embarrassed to play Teen Spirit because "Everyone has focused on that song so much. The reason it gets a big reaction is people have seen it on MTV a million times. It’s been pounded into their brains." Which is true, it was played so much that even now it invokes a feeling of nostalgia. Kurt also said “I think there are so many other songs that I’ve written that are as good, if not better, than that song, like ‘Drain You.’ That’s definitely as good as ‘Teen Spirit.’ I love the lyrics, and I never get tired of playing it. Maybe if it was as big as ‘Teen Spirit,’ I wouldn’t like it as much.”

Kurt tired of playing it. Often at publicized performances Nirvana was asked to play it, which caused much weariness after some time. Nirvana stopped including Teen Spirit in their set lists in the following years. Moreover than just growing weary of Teen Spirit, I think Kurt grew extremely weary of the sudden fame and attention he had now garnered mostly due to Teen Spirit's success.

Despite him sometimes saying in interviews that he didn't always want to be a musician, ever since his adolescence he diligently practiced guitar and had dreams of becoming a rock star. I always wondered if maybe Kurt would've been happier if not for Teen Spirit, specifically its uncharted success. I think what he truly wanted was success within the punk rock sphere, not to reach the level of fame that he did reach. Or maybe just that fame wasn't what he thought it would be.

What is my point... I have no point. But if we can draw one conclusion its that SLTS is awesome...... 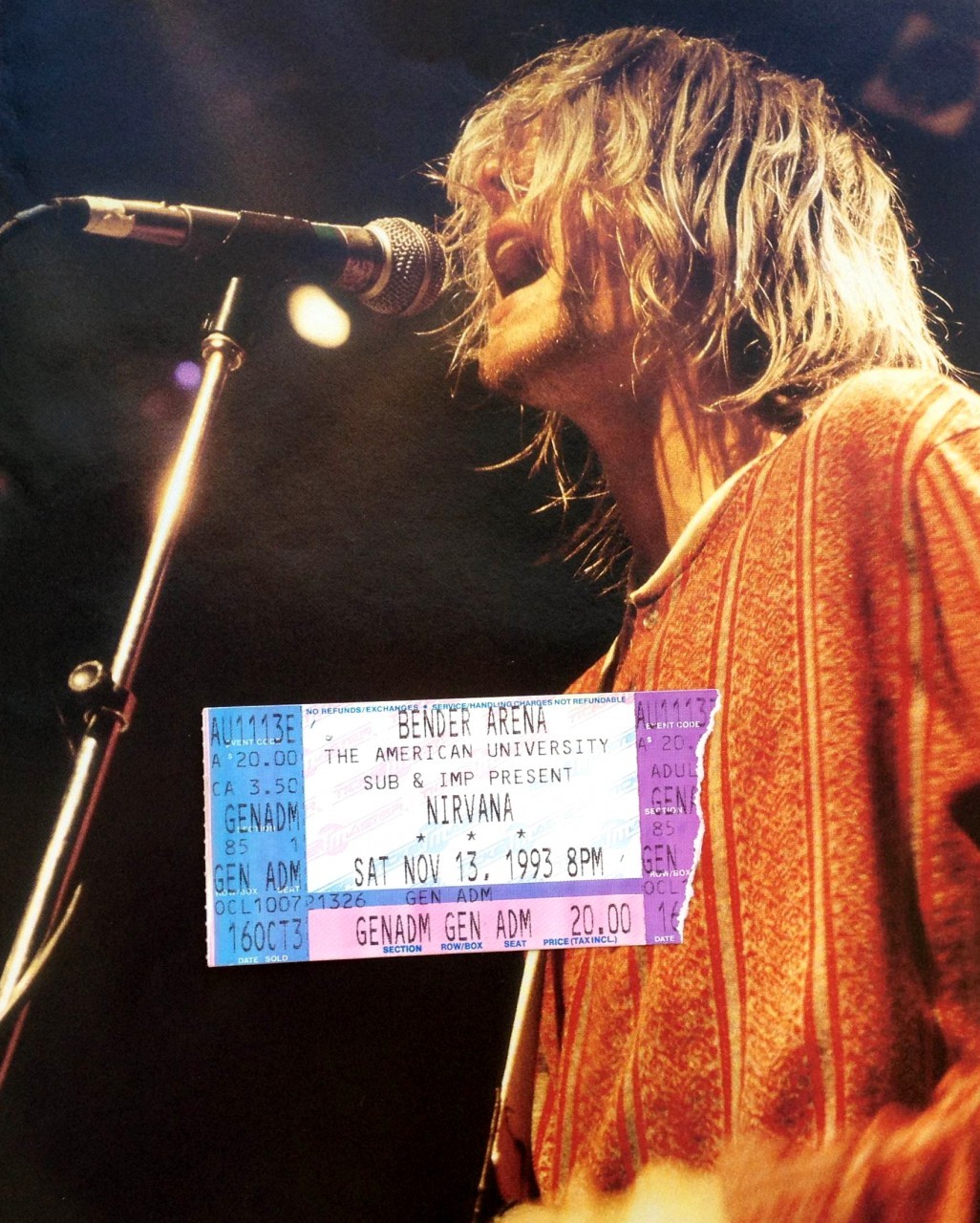